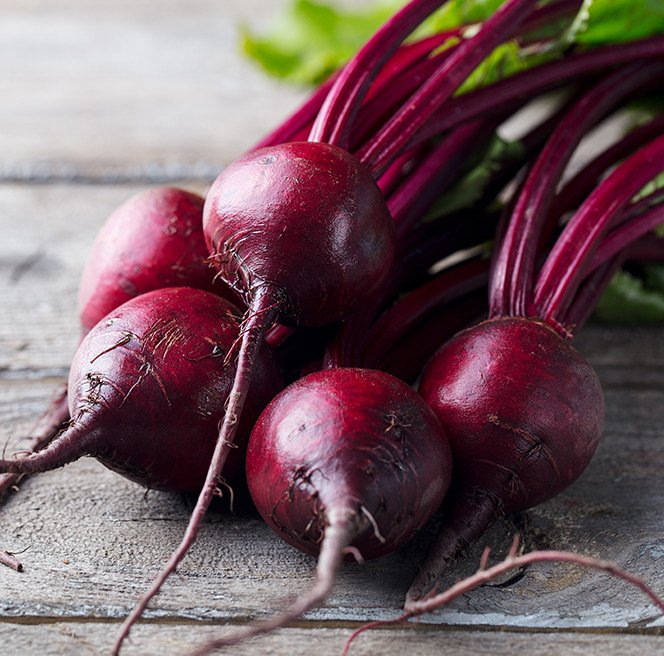 Beet Consumption and its Effect on Resistance

What if we told you that consuming something as simple as this vegetable could help prolong the resistance and improve your performance in terms of stamina?

Do you want to know how?

Beetroot is full of nitrate – this nutrient is converted to nitric oxide and that’s where the “magic” begins!

Conversion of nitrate to nitric oxide

Nitric oxide (NO) is a potent vasodilator and its precursors are widely used in supplements. Many bodybuilders, for example, consume supplements with precursors of this compound to promote that “pump” / vascularization effect and help with endurance during workouts. Increased levels of nitric oxide promote increased blood flow to the muscles, facilitating nutrient and oxygen arrivals, favoring the production of energy from the mitochondria (present in muscle tissue and responsible for energy production (ATP). helps regulate blood pressure and control muscle contraction.

Until recently, it was believed that nitric oxide production was almost exclusively related to arginine levels. However, a new, less complex form for the synthesis of nitric oxide has been discovered, where a simple process at the digestive level can transform the nitrate from the diet into nitric oxide.

The nitrate transformation begins in the mouth and the bacteria reduce nitrate to nitrite. This nitrite is then converted to nitric oxide in the acidic environment of the stomach.

Unlike the production of NO from arginine, NO production from nitrate does not require enzymatic cofactors and is also independent the presence of oxygen.

Some studies have been carried out to test the effects of beet on performance and resistance.

What is interesting is that cyclists exhibited a 7-11% improvement in energy production without an increase in oxygen consumption during exercise.

This study demonstrated that drinking juice from a beet can help improve performance, but if you choose to eat instead of drinking it?

In another study, researchers looked at five men and six women in their 20s, all in good physical condition. > Participants were asked to eat 200 grams of cooked beet or a placebo before completing a 5-km run-time test.

Result: Compared with the first race before beet consumption, in the second race there was an average increase of 3% in the speed of the participants. A 3% increase in running speed may not seem like much, but may equal a finish time of minus 41 seconds, which at a short distance of 5 km is a significant time difference.

Cycling, swimming or running, beet is an exceptional food to add to your diet. Do not exaggerate is in the doses as it can cause some mild gastrointestinal discomfort in some people or a pink color of urine and stools that although harmless, may come to scare very good people who are unaware of this fact!